A Cuckoo In the Nest 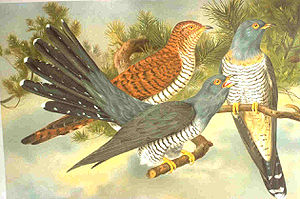 Writing a book is hard work.  When it goes from being a hobby, something you can take as long as you like over because the only deadlines you have are your own easily breakable ones, to something that might just might have a future, things change.

I’ve written most of my life.  When I was a child I wrote stories about my toys.  As an adult I became a journalist so that I could earn my living through words.  I’ve written books because I had a story to tell and a dream to follow and I’ve written one as a seemingly impossible feat as publication loomed mere weeks after my story was over.  Each stage has been different and each stage has taught me new things about writing.

Over the last couple of years that learning curve has been particularly steep as the words became more than something I did and became part of how I paid my rent.  I’ve learnt that I can hit a deadline with a book just as I can with an article.  I’ve learnt that when the whistle sounds writers block is a luxury there just isn’t time for.

I’ve also learnt that several of the things I had indulged in when I only dreamed of being a writer are actually necessary to getting the whole ball rolling.  I’ve read interviews with authors over the years who talk about their obsessions with a certain kind of ink or a certain kind of paper and thought, nice work if you can get it.  Those of us who hack away for a living can’t afford the luxury of being picky.  Any pen and any paper will do as long as the moment isn’t missed.

Now I realise that some touchstones, some rituals are actually part and parcel of the job in hand.  Writing a book isn’t like writing an article.  There’s a lot more of it for a start.  You have to sustain the pace and the concentration to get to the end.  That’s a lot of concentration.

When I obsess about working at my desk or drinking the same kind of tea or coffee for the duration of the project in hand it’s not because I’m being pretentious, it’s because it’s one less thing to worry about.

For the past six weeks all the order, all the usual, comfortable things were displaced and I learnt another thing about writing.  Writing, at least to deadline, makes you antisocial.  House guests should be accepted with caution.  House guests who intend to stay for six weeks and who expect life to revolve around them should be avoided at all costs.

I freely admit that I’m territorial.  Who doesn’t care about their home?  I grew up as an only child and like my space.  Writing hasn’t caused this territoriality but it has definitely exacerbated it.  But hold on a minute.  When it’s my space anyway, why should I worry about getting cranky when it’s invaded?  When I have a big task ahead and am at a stage where I’m a step closer to the goals I’ve had for as long as I can remember, why shouldn’t I resent someone who disregards that, who should know better.

The common cuckoo, cuculus canorus, has a rather unattractive trait.  It’s a bad mother, a dirty stop out who doesn’t see the point of raising the offspring once the egg has been laid. So it finds someone else to do the job for them.  The poor unsuspecting foster mother raises the cuckoo chick as her own, unaware that her own chicks have been booted out of the nest leaving a hungry, demanding monster in their place.  That’s what the last six weeks have been like.  Paying court to someone who took advantage of hospitality and patience while my own chicks, the book, the husband (I make no apologies other than this one for that order – there’s no deadlines with the husband!) have been pushed very firmly out of the nest.

It should have been a no brainer but this was one writing lesson I obviously still needed to learn.  For that matter it was also a life lesson that had passed me by.  It’s not a mistake that will be repeated.

Off the Point, Writing

This site uses Akismet to reduce spam. Learn how your comment data is processed.

Theme by Anders Norén — Up ↑